Are you 18 years of age or older?
NoYes 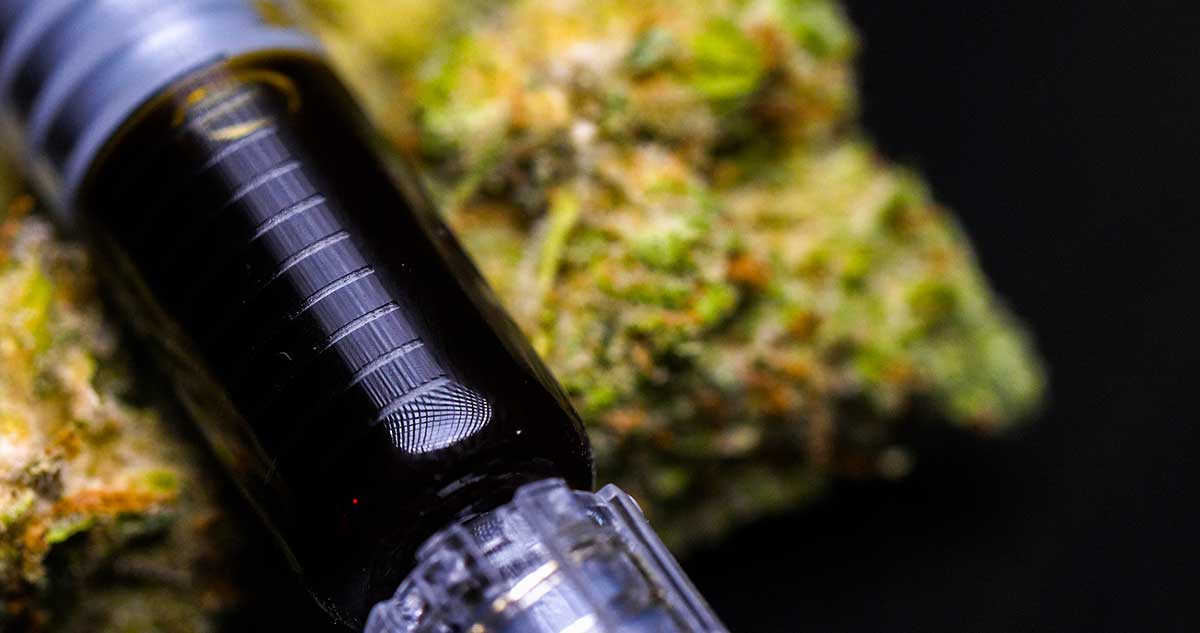 RSO: The Man, the Myth, the Oil

Extracts are the building block of MÜV cannabis infused products.

MÜV Shatter, Blue, Transdermal Patches, Pain Relief Cream – all of these and more start with the extraction of the desired cannabinoids, resulting in a crude extract or oil. Isolating these compounds requires a solvent, one that isolates the beneficial compounds without compromising volatile, less abundant terpenes. As discussed for 710 Day, MÜV utilizes cold ethanol to create these essential extracts.

Ethanol is generally regarded as safe (GRAS) by the USDA, and is an ideal solvent for cannabis, as it is a selective compound, especially if cold. When cold, ethanol isolates and extracts the cannabinoids most desired by patients, potentially pain-relieving THC, known anti-inflammatory CBD and terpenes that drive strain-specific effects, while leaving behind undesired plant material such as fats, lipids, chlorophyll and more.

But what if we adjust the temperature of this solvent?

When ethanol is at room temperature, the solvent extracts more than just the well-known cannabinoids and abundant terpenes from the cannabis plant. Instead, room temperature ethanol brings chlorophyll, plant waxes, fats and lipids along for the ride, resulting in what is known as Rick Simpson Oil, or RSO for short.

The Man, the Myth, the Extract

Rick Simpson is a vocal hemp and medical cannabis advocate with a MÜVing story. In the late ‘90s, Simpson began a medical cannabis regimen to ease the symptoms of tinnitus and vertigo caused from a workplace accident. His success with symptom management led him to believe in the power of medical cannabis, to the benefit of countless current cannabis users.

In the early 2000s, after successfully managing his non-life-threatening ailments with cannabis, Simpson learned he had basal cell carcinoma – skin cancer. He had come across a study on mice and a form of lung cancer published in 1975 not long before his diagnosis. The study observed a reduction in tumor size with mice that were orally dosed THC. With Simpson’s personal positive results in abating tinnitus and vertigo issues and the study in tow, he sought his own skin cancer treatment alternative.

Simpson used a solvent comparable to 99% isopropyl alcohol to extract the therapeutic cannabinoids. The resulting crude oil was extremely thick, similar to “grease” – he slathered it onto a bandage and placed it atop his skin cancer lesions. Four days later, he claims, he removed the bandages and the cancerous moles were gone.

The oil was coined Rick Simpson Oil by cannabis activist Jack Herer (yes, the Jack Herer, according to Simpson) and produced for free for those in need by Simpson himself up until 2009. Now, RSO is also referred to as a full extract cannabis oil (F.E.C.O.), defined as such because it fully extracts the plant profile with minimal degradation to cannabinoids and terpenes. F.E.C.O. cannabis products are highly desired due to their containing of all cannabis components; the synergistic properties of the cannabis plant and its multitude of compounds work better together to provide the full suite of the entourage effect.

The Extract, the Legacy, the Dosing

In the nearly 20 years since Simpson began producing his full extract cannabis oil, RSO has developed a strong legacy of use for analgesic, sleep and possible anti-cancer effects. This legacy is so strong that RSO is now a topic on Healthline, WebMD and Medical News Today. Providing this potentially medicinal cannabis extract in strain-specific options for Florida patients was of utmost importance to the MÜV Research and Development team, but in an easy-to-dose format.

MÜV RSO is conveniently housed in a measured-dose syringe. For best dosing of this sap-like extract, hold the syringe in the crook of your elbow for 30 seconds, or place it in a small bowl of warm (not hot!) water. This should allow for a smooth dosing of the thick oil. Patients should note that, because it does contain all components of the cannabis plant, RSO should not be inhaled. This viscous, dark and sticky extract should be consumed topically or orally.

Topical application of Rick Simpson Oil has the potential to heal skin lesions and should be applied onto a bandage, like Simpson applied for his own cancerous lesions. MÜV recommends an occlusive dressing like Tegaderm™, one that creates an air- and water-tight seal over the area of concern, similar to the bandage that is applied over an IV. There may be some tightness in the area of application, but topical application of RSO lends no cerebral effects.

MÜV RSO can be dosed sublingually or atop your favorite food for long-lasting effects. Oral consumption leads to heavily sedating effects, according to MÜV Patients, that tend to take hold roughly 60-90 minutes after consumption and last 6-8 hours. Consuming MÜV RSO orally is best done on a full stomach; fat-soluble cannabis compounds are more easily broken down for quicker onset times when consumed with food or just after eating.

It should be noted that RSO is an extremely potent cannabis extract. The recommended dose, a single grain of rice, is equivalent to approximately 25 mg of THC. While most patients do not report cerebral effects when dosing RSO – it is described as a heavy yet relaxing body sensation – patients new to an RSO regimen should start with a small dot of RSO and titrate their dosing size up gradually to identify the optimal dose for their medicinal needs.

Talk to MÜV Patient Care or your local MÜV MedTenders to see if MÜV RSO is a good fit for your medical cannabis routine. 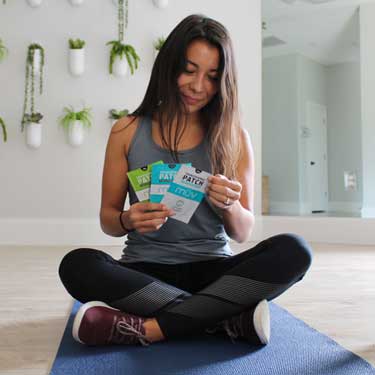 Previous Post
New Year's Resolutions for Cannabis Users in 2022
What Is Cannabis Kief and How Do I Use It?
The NFL's Marijuana Policy is Still Evolving
Cannabis Cultivar Lineage and Genetics: Get to Know the Basics
Understanding the Difference Between Distillate and RSO
NEW Cannabis Milk And Dark Chocolates Flavors
Cannabis Affects Men and Women Differently — Here’s How
Cannabis-Infused Drink Recipes Perfect for Any Occasion
Green Wednesday: An Origin Story
Gold Is Back!
M.A.C. 1 – The Cannabis Strain Everyone Is Raving About
MÜV Supports HeroGrown
What Cannabis Strains Are Best for Depression and Mental Health?
Meet MÜV Cannabis 5-Pack Pre-rolls
How Do I Clean and Maintain My Cannabis Vaporizer?
Can Employees Be Fired in Florida for Using Medical Marijuana?
How to Read a Cannabis Certificate of Analysis
MÜV Reserve Flower – A Tier Of Its Own
Cannabis Your Way: Delivery And Express Pickup
Meet MÜV Budder, The Newest Marijuana Concentrate
The Cannabis Entourage Effect Explained
Fun and Easy Marijuana Costume Ideas for this "Halloweed"
Looking To Learn About MÜV Strains? Consider This Your Guide!
Breast Cancer Awareness
Ease Vaginal Cannabis Oil
Updates At MÜV Dispensary FL
What Is Cannabinoid Hyperemesis Syndrome?
Solventless vs. Solvent-Free Cannabis Products — What's the Difference?
Celebrating National CBD Day
Strain Spotlight: Modified Grapes
MÜV Goes Mainstream At Rolling Loud Miami
Meet MÜV Plus Strain-Specific Syringe
Learn Why You’re Shopping Wrong For Cannabis When Searching For The Highest THC
Cannabis for Multiple Sclerosis - What's the Research Say?
A Step-by-Step Guide to Making Cannabutter
How CBD May Help You Sleep Better
What Kind of Cannabis Product Is Best for Pain?
Why More Americans Are Getting High This 4th Of July
All About The Cannabis Holiday 710
Research Shows Cannabis and MDMA Effective in PTSD Treatment
Meet the New MÜV Dart Vape Device and Pods
What Is a Cannabis Pre-Roll? Learn The Benefits of Pre-Rolls
Managing Pain with a THC Tincture
History of the Pot Brownie and the Rise of Cannabis Edibles
1:1 Ratio Cannabis Products - Why and How They Are Helpful
What Cannabis Products to Use with Puffco Devices
Inside the MÜV Mother Plant Room
What Is Shatter? Cannabis Shatter Explained
Black Mamba: A Happier, Heavy-Hitting Indica
Can We Reduce Stress With Medical Marijuana? New Research Says Yes
Save the Earth: Ideas For Reusing Cannabis Packaging
Celebrate 420 with MÜV Marijuana Deals
The History of 420
Inside the MÜV Marijuana Edibles Kitchen
Highlighting Marijuana Vape Devices: G Pen and Jupiter Vaporizers
Women in the Weeds at MÜV
How to Consume Cannabis Without Smoking
Everything You Need to Know About THC Transdermal Patches
Wana Soft Chews Featured in Palm Beach Business & Lifestyle Magazine
A Look Into the Evolution of Women and Cannabis
The Best Topical Pain Relief Cream
How To Talk To Your Kids About Your Medical Marijuana Use
Can Cannabis Help with Glaucoma?
Medical Marijuana in Florida
What Is RSO? All About Rick Simpson Oil
How to Have a Romantic, Cannabis-Themed Valentine's Day
The NFL Is Changing Their Cannabis Policies to Better Support Players
What is a Concentrate Device?
Patient Care: Your Personal Medical Marijuana Guide
What is CCELL® and How Do I Use It?
How Cannabis Works
It's Cookie Season
MÜV Cannabis Dispensaries in Florida Gives Back… Join Us!
Mindful Medicating with MÜV
Meet MÜV Plus
Medical Cannabis, Mental Health and Strainprint
Should Our Veterans Have Access To Cannabis?
MÜV™ EnCaps™: Next Generation Cannabis
Shattering the Stigma of Cannabis Concentrates
MÜV™ and Wana: Award-Winning Cannabis Edibles
Introducing MÜV™ Strain-Specific Tincture
On the MÜV™ in 2020
MÜV and Strainprint™: Revolutionizing Medical Cannabis
MÜV Strains: More than Just Medicine
RSO: The Man, the Myth, the Oil
What is G Pen GIO Ceramic?
MÜV EnCaps: Long-lasting, Fast-acting Effects
MÜV Transdermal Patch: Extended-Release Relief
710 Day 2020
MÜV Seniors Spotlight
MÜV All-in-One: Convenient, Potent Relief
What is the G Pen GIO?
New Püre Black Mamba and Tangie
Hash, Rosin, Live Rosin – What’s The Difference?
Fast-Acting, Dosage-Controlled RSO Capsules
Next Post 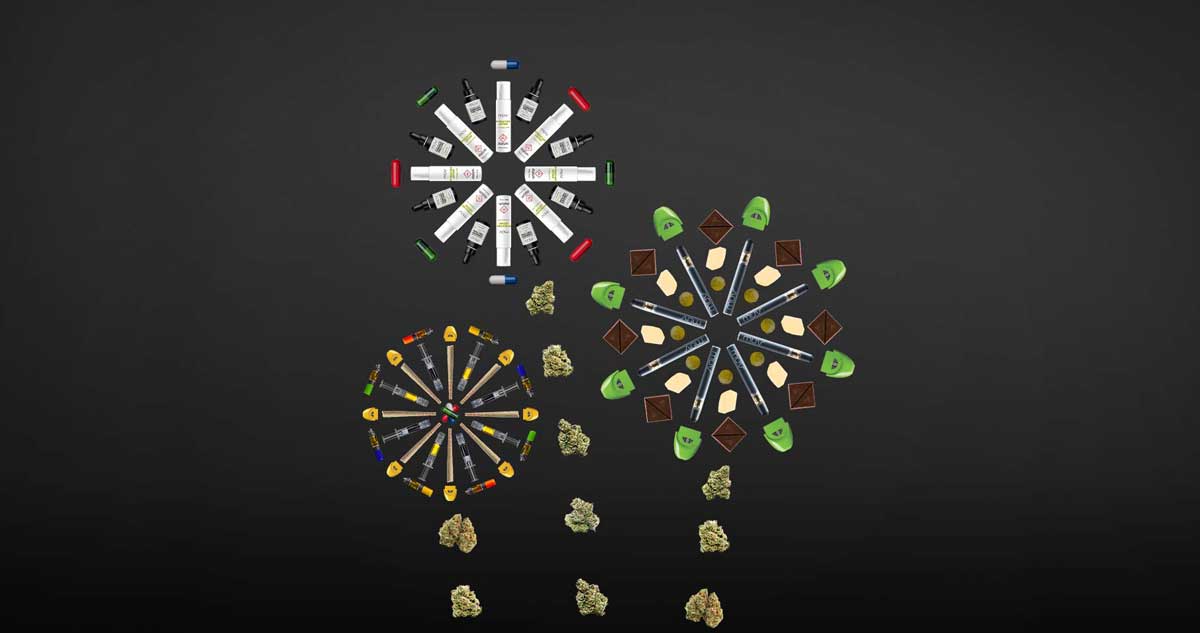 Set some cannabis related New Year's resolutions to support your health and this wonderful community we all love so much. 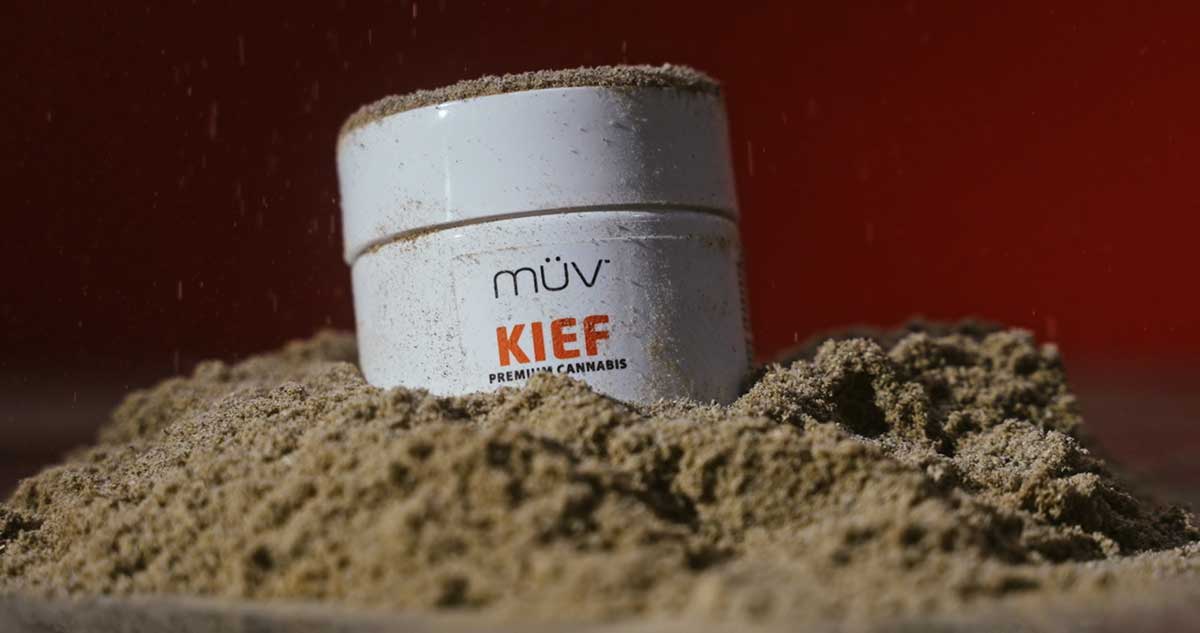 What Is Cannabis Kief and How Do I Use It?

Kief is a solventless cannabis concentrate, crafted by collecting the trichomes of the marijuana plant. Learn some of the best ways to use kief. 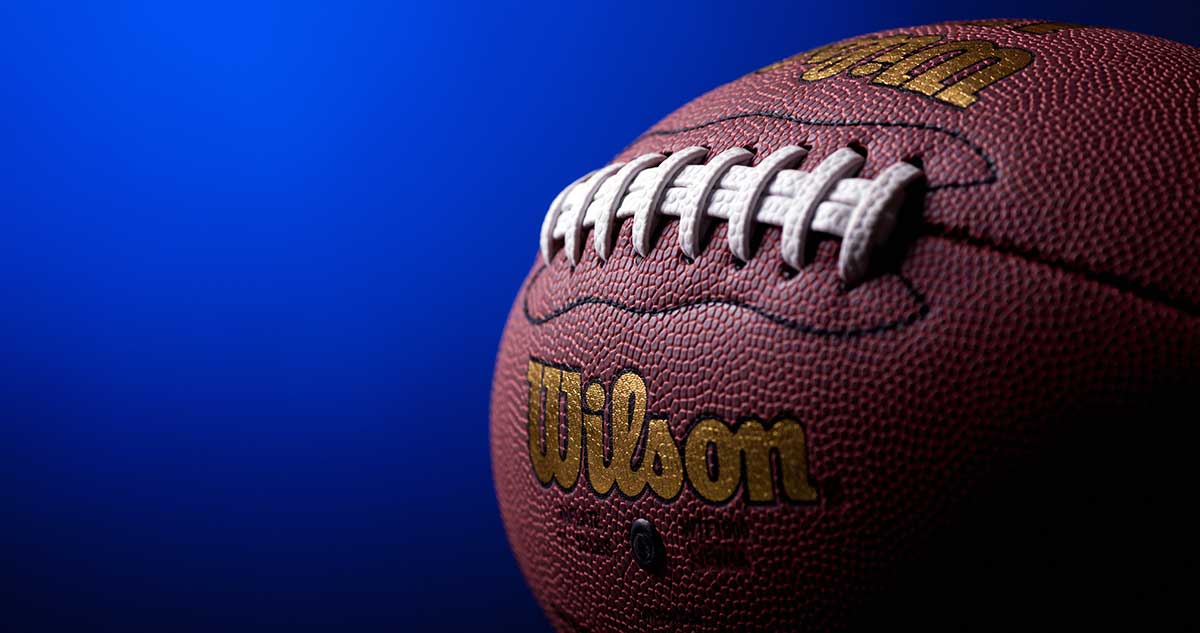 The NFL continues to change marijuana policy; its players can now use medical marijuana, a significant change for professional sports. 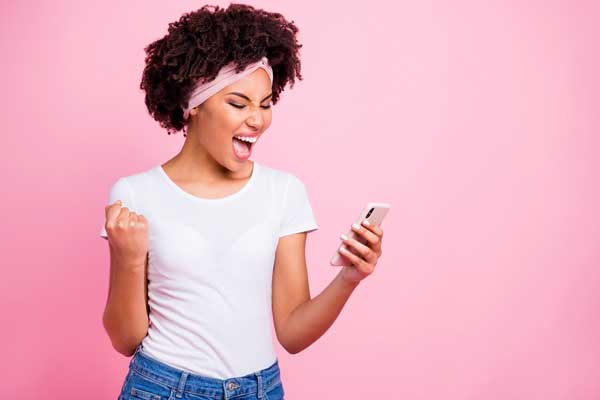