Clearwater-19 is temporarily closed due to maintenance 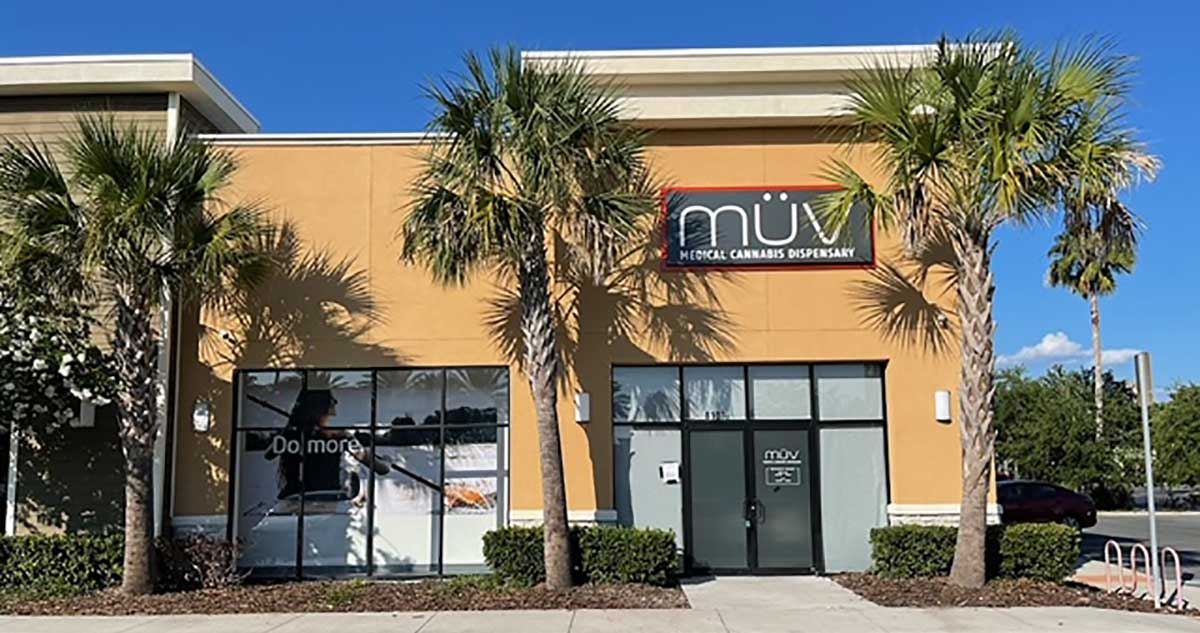 Orlando is home to over 2.5 million residents but is best known for one resident in particular - Mickey Mouse.

75 million visitors flock to Orlando a year to visit Mickey at Walt Disney World Resort, completed in 1971, or one of the other many parks in the city. SeaWorld, LegoLand, Universal Studios and their accompanying parks boast a collective 20+ rollercoasters for thrill-seekers, but the true magic of these parks are the shows. From animal feedings to Lego building by Master Crafters to your favorite movie-themed shows, Orlando gives in and out-of-state tourists alike a theme park to meet their travel needs. And don’t get us started on the food.

If you’re more into restaurants than rollercoasters, Orlando does not disappoint – every iconic national restaurant seems to have a location in the area. If you are an early riser and want grab a filling breakfast or brunch, look no further than Hash House A Go Go. While a chain, this is the only location in Florida; with customer favorites like Andy’s Sage Fried Chicken Benedict, garnished with griddled mozzarella, bacon and eggs, or the The New York Times-favorite, Andy’s Sage Fried Chicken and Waffles, which features a hot syrup reduction, we’re hoping to see it around the state soon. Night owls, not to worry, Wine Bar George is a top-rated destination for wine and charcuterie, though the Crispy Mac and Cheese Bites and Grilled Octopus Salad small plates should not be overlooked.

For a unique and memorable night on the town, the Boathouse is a must. The Disney Springs restaurant is located right on the water, and for good reason: the driving feature of the restaurant are its Amphicars. Built in the ‘60s on a very small scale, Amphicars can be driven on the road and in the water as a boat (get it? Amphibian, Amphicar), making it a perfect way to take in the sights of Disney Springs from a view you won’t find anywhere else.

But magic isn’t only found at Orlando theme parks and restaurants. Our second MÜV Orlando location will be joining Amusement Park Way soon, less than 10 miles from Disney Springs and Universal Studios.

MÜV Dispensary #34 will be opening its doors on June 4th. Our newest location is at 8103 Vineland Ave., right next to Starbucks and across the street from the Orlando Vineland Premium Outlets. Cannabis, coffee and shopping – you won’t want to miss this grand opening. Be sure to subscribe for emails regarding the grand opening date.

Visit MÜV Orlando-Vineland to explore our wide array of medical marijuana products and deals. We're happy to educate and support each and every patient that walks through our doors. We’re happy to help you on your cannabis journey! 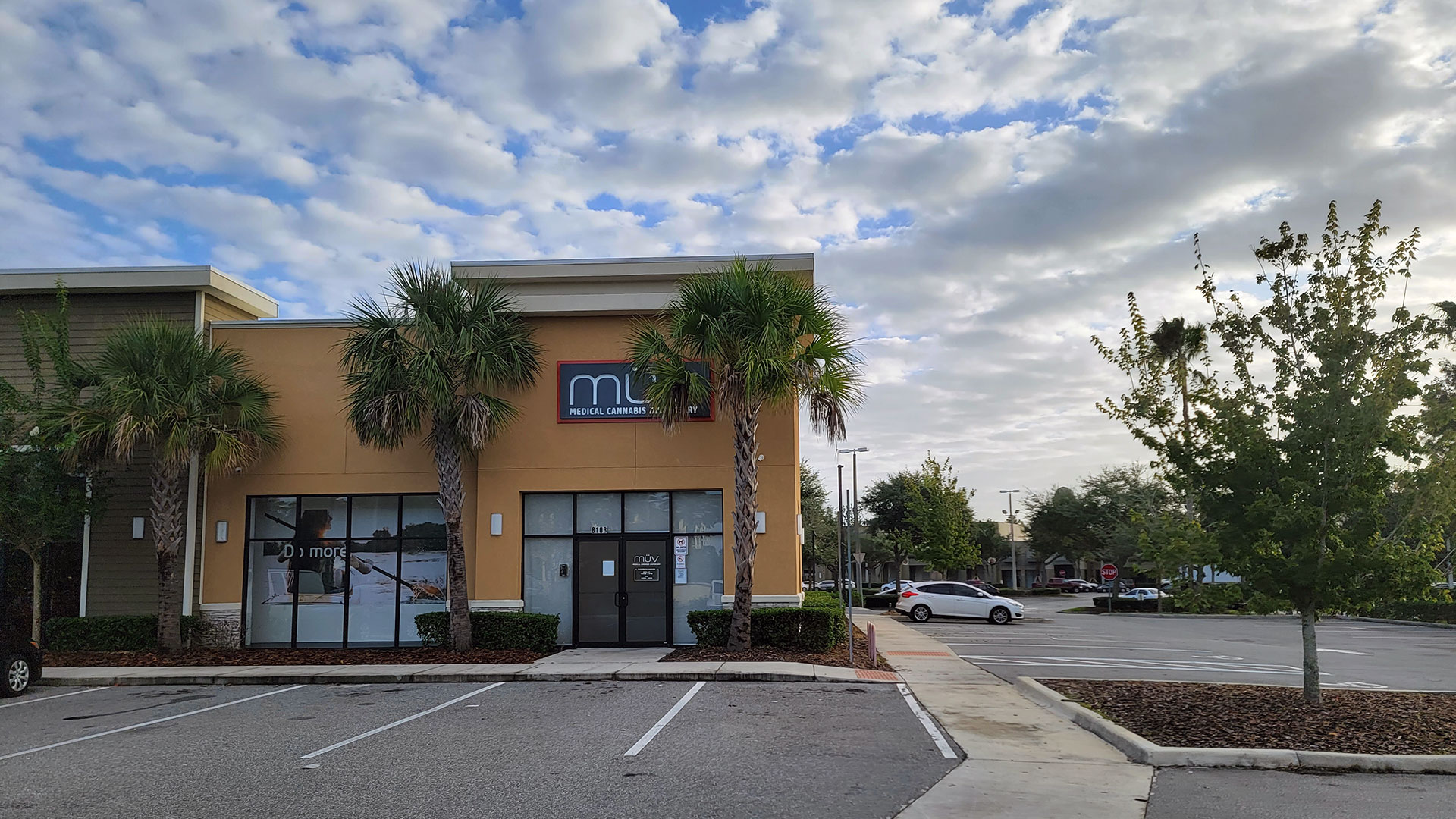 Are There Any Landmarks Next to the MÜV Orlando-Vineland Location?

MÜV Orlando-Vineland Cannabis Dispensary is located across the street from the Orlando Vineland Premium Outlets, and shares a building with Starbucks.

The dispensary is located in the same space as Starbucks, with each storefront showcased in a soft  yellow hue. Orlando-Vineland faces Vineland Ave. and has ample parking.

Does the MÜV Orlando-Vineland Location Have a Handicap Accessible Parking Lot and Door?

Orlando-Vineland, along with all other MÜV Dispensaries, was designed for access for all Floridians, including those needing handicap accessibility.

Do You Have Specials or Deals Specific to This Location?

To ensure access for Floridians, MÜV runs specials weekly (be sure you’re subscribed and have MÜV marked as a safe sender!), in addition to ongoing discounts for select patients.

What Are Some Fun Things To Do in Orlando-Vineland?

Orlando has much to offer outside of the the obvious theme parks, including:

MÜV Orlando-Vineland does offer delivery! Patients that place delivery orders 24 hours in advance and that reside within a 20-mile radius from the dispensary are able to have their MÜV Meds brought discreetly to their door. Find all the need-to-know delivery details in Cannabis Your Way: Delivery or Express Pick-up. 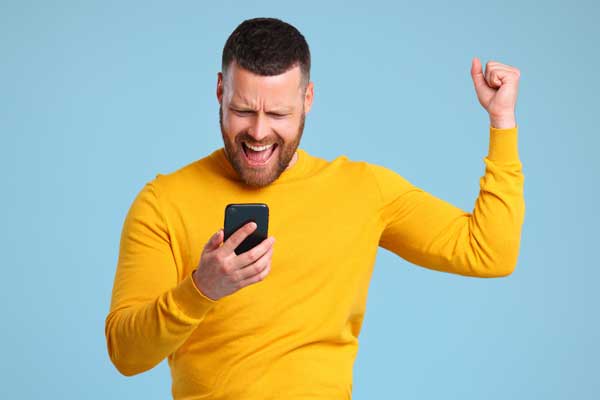