Medical Cannabis Dispensary
You must be 18 years of age to use this website.
Yes, I am 18 or older
Or, click here to exit this site.
Skip to content

MANATEE County (July 11, 2015) - For the past 40 years, Dennis Cathcart and his wife, Linda, have been operating Tropiflora, a large and thriving commercial nursery that grows and sells more than 7,000 kinds of plants, including rare ones shipped to botanical gardens around the world.

Now the Cathcarts are being considered for a different type of nursery — one that will grow, process and dispense a limited form of medical marijuana known as “Charlotte’s Web.”

The low THC-form of marijuana, ingested as an oil, does not induce the “high” associated with other strains, but it is known to help children and adults who suffer from severe epileptic seizures and advanced cancer.

Tropiflora is one of six nurseries in southwest Florida that have submitted an application to the Florida Department of Health to be the primary dispensing organization for the region. Only five nurseries in designated regions across the state will be chosen under the highly regulated state law.

One application that won’t be in the mix is Sarasota startup, AltMed LLC, a company that was the first to announce locally it wanted to provide medical marijuana in Florida. Instead, AltMed has decided to partner with out-of-state companies where medical marijuana is fully legal. AltMed’s Michael Smullen said the company made a conscious decision not to get involved in Florida’s cannabis industry.

"We think it’s best for AltMed to keep what we’re doing out-of-state and continue to build our infrastructure in Florida. We want to be ready when there’s a product that can be more helpful to more people,” Smullen said.

Cathcart hadn’t considered expanding into the cannabis business until the state pre-qualified him because of his nursery’s quality reputation.

"All of a sudden it fell into our lap. I wanted to say no, but then we decided to take a closer look at it and we found it had a lot of legs,” Cathcart said. “We researched it and we’ve seen the evidence first-hand. It has a lot of uses for certain segments of the population.”

But he held back on endorsing the legalization of a more broadscale form of medical marijuana, a measure that received 58 percent support from Florida voters in 2014, but fell short of the 60 percent needed to pass. That measure is due to be taken up again in the next Florida General Election.

"It’s just a wink at letting people smoke pot. I don’t want to see my kids and grandkids exposed to it here in Florida, so I won’t be involved in it at all,” Cathcart said. “Our product, if I’m chosen, will be medically administered strictly under a doctor’s supervision.”

Cathcart didn’t expect the number of private investors who approached him willing to take a gamble on the medical marijuana industry in Florida. He chose to partner with a Florida investment company, whose name he won’t reveal yet, and the company has reportedly invested upwards of $2 million in equipment and leased commercial space in an industrial area of Manatee County, away from the Tropiflora nursery, where the cannabis can be grown and processed.

The investment company plans to use some of its profits to provide Charlotte’s Web to underprivileged children who can’t afford it, since insurance won’t cover the cost.

The company also assisted Tropiflora in completing an 1,800-page application for a state license dues this week. Cathcart says the application process cost about $160,000 by the time it was finished.

A spokesman for the Florida Department of Health says that all applications will be reviewed and selections will be made within 90 days.

The MÜV™ brand of medical cannabis infused products launched in Arizona in 2016 and quickly gained international attention and recognition. MÜV Dispensaries by AltMed Florida was formed a year later through the partnership of AltMed Enterprises and Plants of Ruskin, a multi-generational Florida agricultural leader. Through continual research and development, MÜV has received multiple patents for its award-winning MÜV Products line that provides quality, consistent and reliable medical cannabis products to patients at all 29 locations (one in Arizona muv-az.com, 28 in Florida muvfl.com, and more added each month). Patients are encouraged to place reservations online at muvfl.com for in-store pickup, order for delivery, or visit any one of the 27 MÜV Dispensaries for alternative medical cannabis medicine you can trust.

With a focus on quality and attention to detail, Plants of Ruskin has more than 35 years of experience in providing seedlings to farmers for vegetable and medical product production. Plants of Ruskin founders, the Dickman Family, are 4th generation farmers with a long history of working in conjunction with the University of Florida, including an endowed chair specifically dedicated to plant improvement.

Forward-Looking Statements - To the extent any statements made in this press release contain information that is not historical, these statements are forward-looking in nature and merely express our beliefs, expectations or opinions. For example, words such as “may,” “should,” “estimates,” “predicts,” “continues,” “believes,” “anticipates,” “plans,” “expects,” “intends,” “potential,” “strategy” and similar expressions are intended to identify forward-looking statements. Such statements are based on current expectations or estimates and involve a number of known and unknown risks and uncertainties that could cause our actual results, performance or achievements to be materially different from the results, performance or achievements expressed or implied by such forward-looking statements. Factors that could cause or contribute to these differences include, but are not limited to, the following: (i) our ability to implement our business strategy of distributing high quality cannabis products where permissible under applicable law; (ii) availability and cost of additional capital; (iii) our ability to attract, retain and motivate qualified employees and management; (iv) the impact of federal, state or local government regulations; (v) competition in the cannabis industry; (vi) our ability to generate revenues; and (vii) litigation in connection with our business. All forward-looking statements included in this press release and attributable to us or any person acting on our behalf are qualified by this cautionary statement. Forward-looking statements speak only as of the date on which they are made, and, except as required by law, we undertake no obligation to update or revise any forward-looking statement, regardless of whether new information becomes available, future developments occur or otherwise. 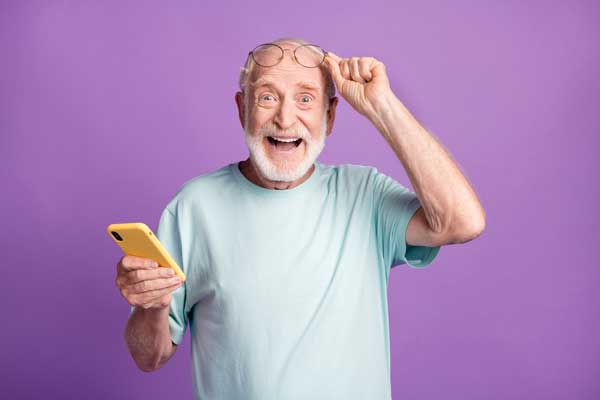